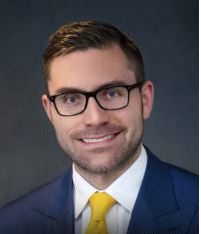 
Law Firm Website
Share This Page
Nick Kreitman, as an associate on the Lane & Lane, LLC team, understands how to listen to the difficult situations of his clients and their families after traumatic loss from injuries or injustices. Through his trial and litigation expertise, Nick collects and effectively presents the information necessary to ensure his clients’ access to the civil justice system, compensation, and the opportunity to be a voice to protect others from the same wrongs that happened to them.

During his time at the John Marshall Law School and after graduation, Nick advocated for working people at some of the largest unions in the country, including the United Auto Workers, the Communication Workers of America, the American Federation of Government Employees and the International Brotherhood of Teamsters. During his time in the labor movement, Nick was the lead negotiator on contracts with millions of dollars in payroll and benefits, represented medical professionals in whistleblower matters and participated in OSHA workplace death investigations.

Nick then went into private practice where he represented victims of medical malpractice, serious personal injury, and those wronged by insurance companies, winning statutory maximum penalties for policy holders under Section 155 of the Illinois Insurance Code. Nick also continued to successfully represent discriminated employees and professionals, whistleblowers, and those wrongfully withheld commissions, wages and payment for services.

Nick received his undergraduate degree from Elmhurst College, majoring in Political Science and History. At the John Marshall Law School he was the recipient of the prestigious Peggy Browning Fellowship for service to the labor movement. He is a Chicagoland native from Libertyville, Illinois, and gives regular know-your-rights trainings to worker and community groups.