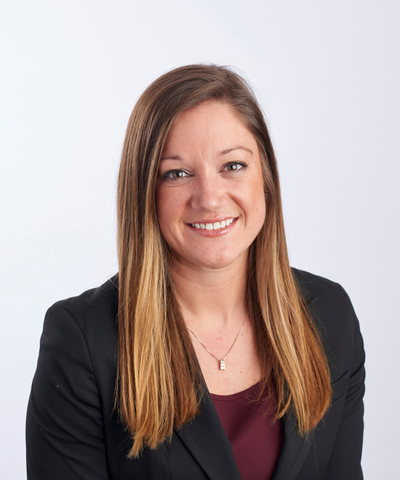 Meghan Lewallen grew up in Cleveland and personifies the expression “hitting the ground running.”

In the first seven months of her career, Meghan sat second chair in three medical malpractice trials and, according to Chris Mellino, “Meghan’s poise and demeanor in the courtroom are beyond what you would expect for someone of her age and experience.”

Meghan always knew that she wanted to be an attorney. Even as an undergraduate student at Miami University, Meghan pursued a degree in business because she wanted to train herself to think logically, analytically.

“My business degree taught me how to identify and pursue long- and short-term goals, strategies and outcomes for my clients,” she says.

Then, during her second year of law school, Meghan first recognized her interest in becoming a trial attorney. She was working for the Honorable Judge James S. Gwin and the excitement and adrenaline she experienced in the courtroom opened her eyes to a career as a trial attorney.

Meghan further honed her passion while clerking for medical malpractice law firm Spangenberg Shibley & Liber, where she realized “how much people need our voice to bring them justice.”

Chris Mellino says Meghan is an invaluable asset to the team because she's bright and hardworking, as evidenced by the fact that she was selected as one of eight students to be published in the Cleveland State Law Review.

"Also," says Chris, "I like having both a male and female perspective on cases.  It is very helpful when we are trying to assess how jurors are perceiving things or how witnesses present themselves. Having someone on our team that is younger also helps us relate to issues that are relevant to the younger people on our juries.

He tested Meghan's mettle during her first week as an attorney by inviting her to sit second chair in a case involving an anesthesia error. That client was awarded a $3 million verdict.

“When I work for a client, I understand that they are placing their trust in me,” Meghan says. “That faith in my abilities – that trust – makes me work even harder. I always go the extra mile to attain justice for my clients.”