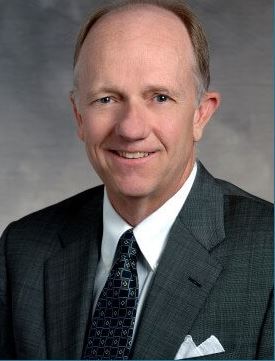 Mark Beveridge graduated from the University of Virginia in 1977 and received his law degree from the University of Richmond in 1980. He began his legal career in 1980 as an Assistant District Attorney in the District Attorney General's office in Nashville. He rose to the position of Team Leader and chief prosecutor in one of Davidson County's four criminal courts where he had primary responsibility for all felony prosecutions and other matters coming before that court. Mark entered private practice in 1991 joining the Nashville firm of Howell & Fisher. While there he practiced primarily in the area of civil litigation, frequently representing defendants in lawsuits ranging from medical and legal malpractice matters, to workers' compensation, products' liability, automobile accidents and other negligence actions.

In 1996, Mark joined Randy Kinnard and Daniel Clayton and the firm of Kinnard, Clayton & Beveridge was formed, primarily representing plaintiffs in tort litigation. Mark's practice emphasis includes medical negligence and personal injury law. He has received the highest rating possible (AV-Preeminent rating) from Martindale-Hubbell. He has been named to The Best Lawyers in America as well as being selected for inclusion in Mid-South Super Lawyers, a list compiled by Law and Politics magazine featuring the top 5% of attorneys in Tennessee, Arkansas, and Mississippi. Mark is a past member of the Board of Directors of the Nashville Bar Association where he was liaison to the Medico-Legal and Lawyer Referral committees. He has also served on the Criminal Law and Criminal Justice (former Chairperson) and Ethics and Professionalism Committees of the NBA. Mark's other professional memberships include the Tennessee Bar Association and the Tennessee Association for Justice where he serves on the Board of Governors and is a member of the Circle of Advocates. Mark is a Fellow of both the Nashville Bar Foundation and the Tennessee Bar Foundation. He was appointed and reappointed by the Supreme Court of Tennessee to serve on the Hearing Committee of the Board of Professional Responsibility. He has also served as a Special Judge in the General Sessions Court for Davidson County. Mark serves on the Domestic Violence Safety Assessment Task Force.  He was appointed by Nashville Mayor Karl Dean.

In addition to practicing law, Mark has many other interests and has been involved in the Nashville community. He is a past President of the Exchange Club of Nashville and of Exchange Club Charities, Inc. He is also a past President/Chairman of the Antiques and Garden Show of Nashville which benefits Cheekwood-The Tennessee Botanical Gardens and Fine Arts Center and other local charities. He has served on the Municipal Planning Commission for the City of Belle Meade since 2001. Mark is an active member of Westminster Presbyterian Church where he has been an Elder and Youth Mentor. Mark has taught Sunday school and participated on a number of committees at the church and also regularly participates in Room in the Inn, Habitat for Humanity builds and a men's Friday morning Bible study group. Mark was part of a group from his church which went to the Mississippi coast to help out with clean up after Hurricane Katrina. Mark and his family live in Nashville. His hobbies and interests include tennis, golf, gardening, history and coaching youth sports teams.