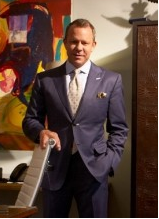 Savannah, Georgia’s nationally acclaimed trial lawyer, Mark Tate, has over 21 years’ experience in the field of civil litigation. Mark began his career in law as a defense attorney, but his true passion quickly compelled him to represent individuals, not corporations. Mark’s record of multimillion dollar settlements and verdicts won for his clients distinguishes him as a master trial attorney.