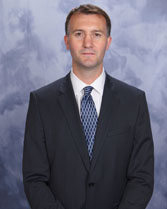 
Law Firm Website
Share This Page
Domhnall is from Co. Cork, Ireland. He received his Bachelor’s degree in Civil Law from University College Cork, Ireland in 2000 and his LLM degree in International Business and Trade Law from Fordham University School of Law, New York City, New York in 2005. He practices in the areas of Personal Injury, Criminal Defense and International Law.

A large part of his practice involves representing tourists that are injured while visiting the United States of America, and he authored the article “Crunched in the Big Apple” specifically dealing with the pitfalls of visitors in New York City forPrimerus Monthly Magazine. Domhnall co-authored, with solicitor Conway O’Hara, “Bad-Apple,” an article that advises lawyers on how to handle cases where tourists are injured in accidents in New York. The article was published in the prestigious Law Society Gazette in Ireland. Attorneys throughout the world refer personal injury cases to him.

After graduating from college, Domhnall spent several years working in the construction industry on multimillion dollar projects. He brings this experience to the representation of persons injured in construction site accidents.

Domhnall is a contributor to Irish media, and has been published in the Irish Echo.

Domhnall’s primary languages are English and Irish Gaelic. He is also proficient in French.

Keep Your Family Safe This Summer