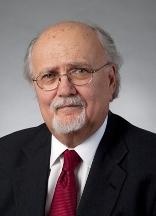 David F. Dickinson a graduate of Michigan State University and the Wayne State University Law School has over 35 years of experience as a litigator in the fields of medical malpractice, product liability, construction liability and general negligence.

From 1973 to 1979, Dickinson was with the firm of Charfoos and Charfoos where he was a trial attorney handling complex medical malpractice, products liability and construction liability cases.

From 1979 until 1996, Dickinson was with Lopatin & Miller, etal., where he was a trial attorney handling complex medical malpractice cases.

From 1996 until 2012, Dickinson has been with David F. Dickinson, P.C. in Southfield, Michigan, where he handled various types of litigation.

In 2002, Dickinson also became General Counsel for CardiArc, a med-tech company, where he was involved in obtaining funding, patents and FDA 510K approval.

Starting in the late 1960's Dickinson started trying cases from his first day in practice in the old Common Pleas Court of Detroit, to the various Circuit Courts and Federal District Courts in Michigan. This extensive trial practice has given Dickinson a deep insight into how clients, juries, attorneys and judges react and respond.

David is pleased to join the team at McKeen and Associates P.C, Civil Justice Attorneys in the pursuit of full compensation for clients and their families.