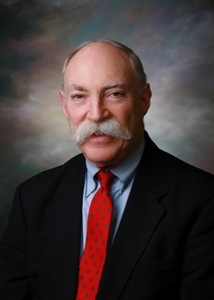 Ben Levine, a former Naval Officer and a former Deputy Attorney General of New Jersey, has been a trial attorney for more than 30 years. He is admitted to practice in New Jersey and New York, as well as before the United States Supreme Court and the International Criminal Court in The Hague, The Netherlands. He has been certified as a trial attorney by the New Jersey Supreme Court, and he has been recognized as a Diplomate of the National Board of Trial Advocacy. Ben has achieved awards of $1 million or more in numerous cases and has represented clients not only in New Jersey and New York, but also throughout the United States. In addition, he serves as liaison counsel to out-of-state law firms that wish to bring cases in New Jersey. Among the cases in which Ben has achieved outstanding results are representation of more than 60 firemen who suffered injuries such as cancer and emphysema due to the explosion of an illegal chemical dump; representation of several hemophilia patients who became infected with HIV/AIDS from contaminated blood supplies; and representation of the families of victims of the notorious 9/11 World Trade Center tragedy. One of his WTC cases was designated as a test case in order to determine the minimum amount for which those cases would be settled pursuant to the bill passed by the U.S. Congress. He has also successfully represented clients in numerous product liability and medical malpractice cases, and in civil rights cases for such claims as police brutality, racial profiling by state authorities, and deprivation of prisoner's rights. In addition, he has represented clients in business tort cases such as unfair competition and contract violations, Ben has been chosen by the Council of Chiefs of the Ewe Tribe of West Africa as its business representative in the United States. He has authored and coauthored numerous books and articles. and is listed in Who's Who In America, Who's Who in the Law, and other publications.